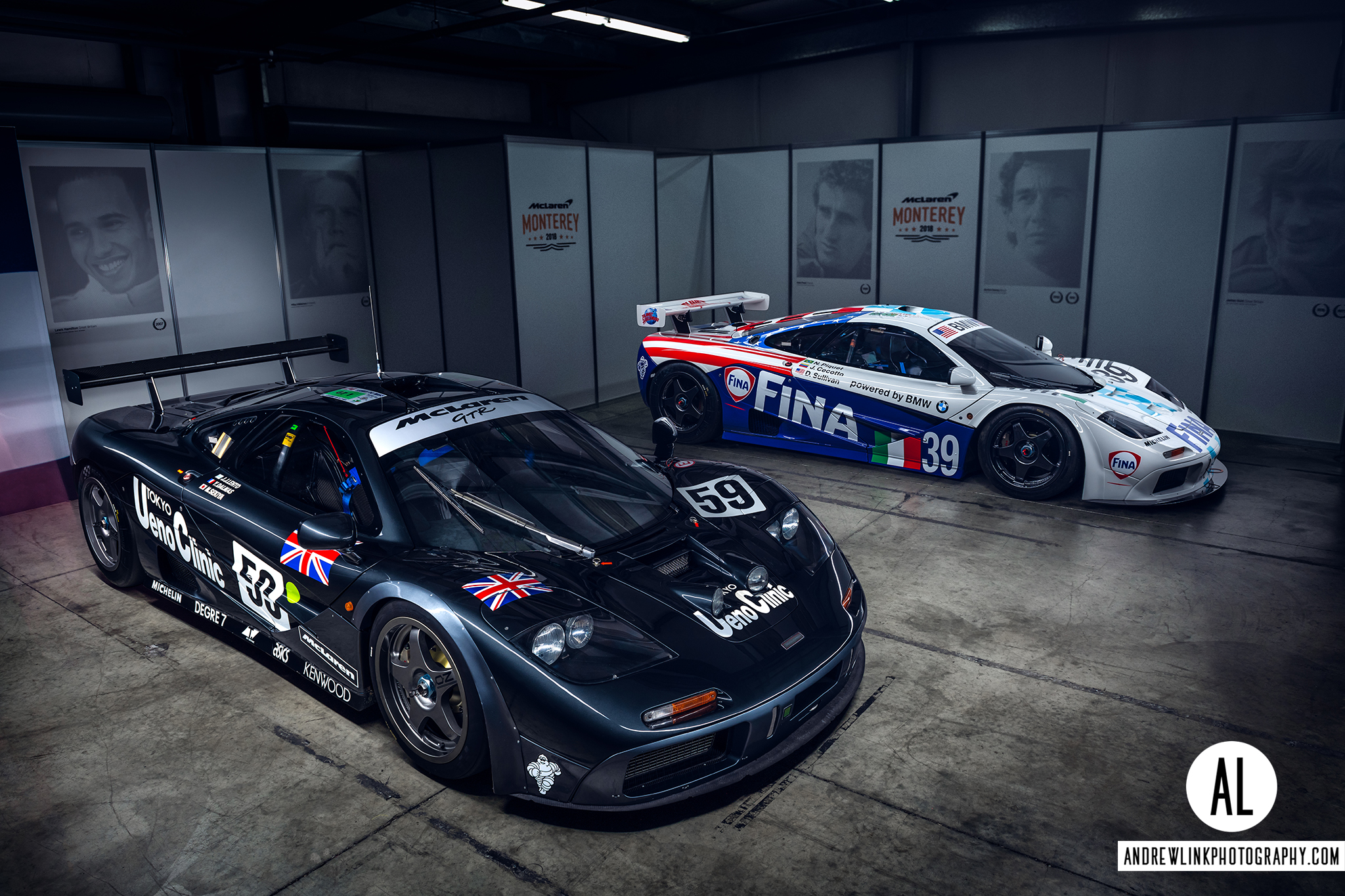 While covering Monterey Car Week for McLaren, part of the assignment was to grab a group shot of the McLaren Rally participants gathered around the McLaren F1 GTR. Being such a rare and valuable piece of racing history, I assumed they’d roll it out for the photo and then quickly return it to the garage to be kept under lock and key. I was right…sort of.

The next morning I was sent back to Laguna Seca to shoot F1 legend Mika Hakkinen driving the very same F1 GTR. Again, I figured the car would be tightly secured and I was right… sort of. We grabbed our photos of Mika getting into the car and his quick laps on track and stared to head out. Our producer for the week, Paul, and I decided we couldn’t leave without at least asking if we could get some time with the car after Laguna calmed down for the night. To our surprise the car’s handler was more than happy to grant our request and we were told to wait for a call to come back to the garages.

The next few hours dragged on while we planned what we wanted to shoot if the call actually came through. At dinner, just as we’d about given up, Paul’s phone rang. There was news. The Gray F1 GTR was locked away in the garage waiting for us. HOWEVER, due to a booth space issue, a tent down the aisle from the McLaren garage was loading a SECOND F1 GTR out of their tent and into their truck to make way for a different car inside the tent. Thinking quickly, the Gray car’s handlers suggested they move it into the McLaren garage to at least keep it on display rather than in the truck. So now, not only was there one priceless F1 GTR waiting for us… there were TWO absolutely priceless racing machines.

We were given an hour by the track officials before they had to lock the paddock down for the night. We admittedly wasted at least 25 minutes of that allotted time just pacing around the cars in awe that there were actually two of them in the same place. We’re told these two specifically had never been in the same room until now. The result are the 12 images in the gallery below that we managed to pull off in the half hour or so we were given and I hope you enjoy them as much as I enjoyed making them.